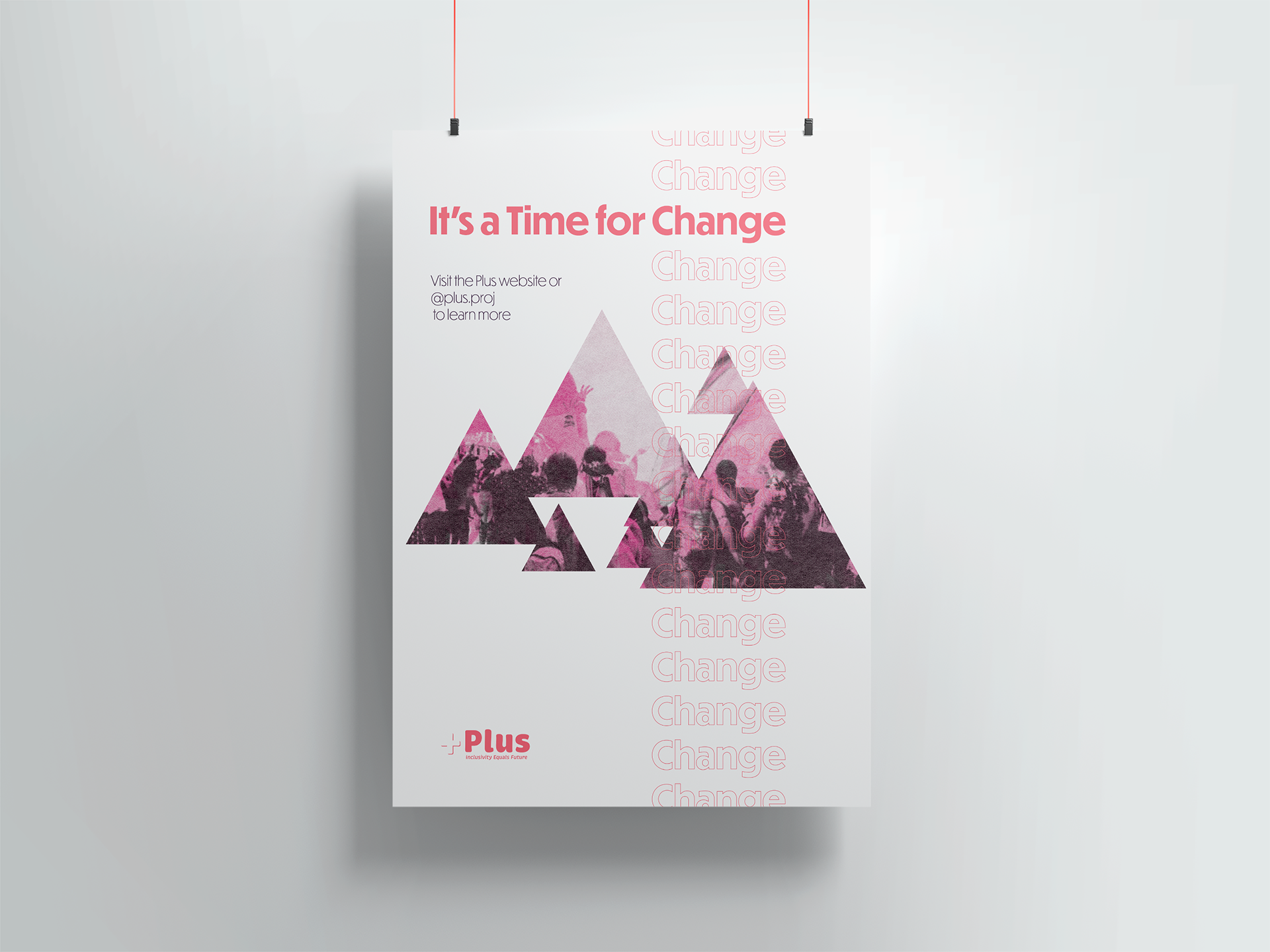 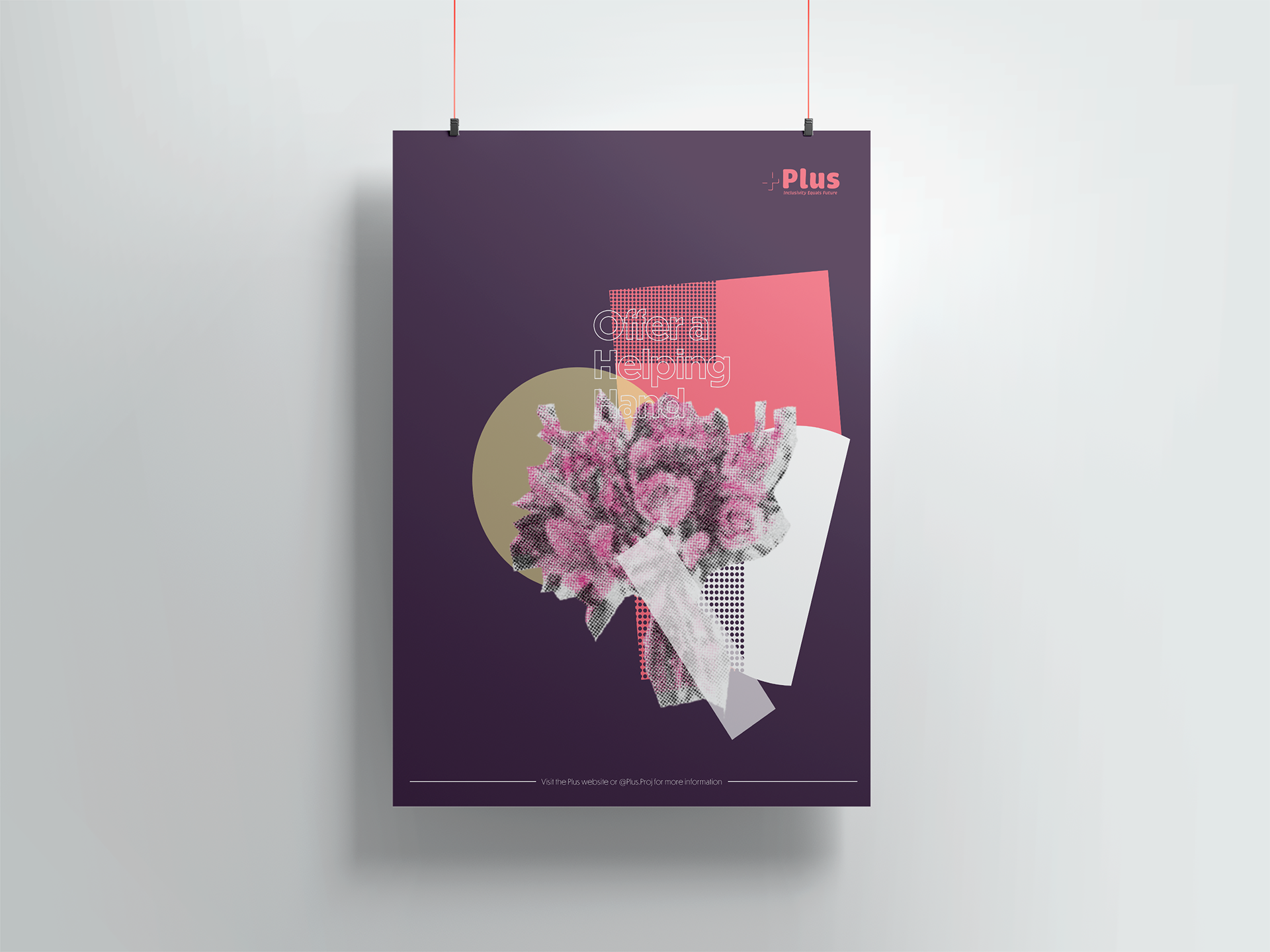 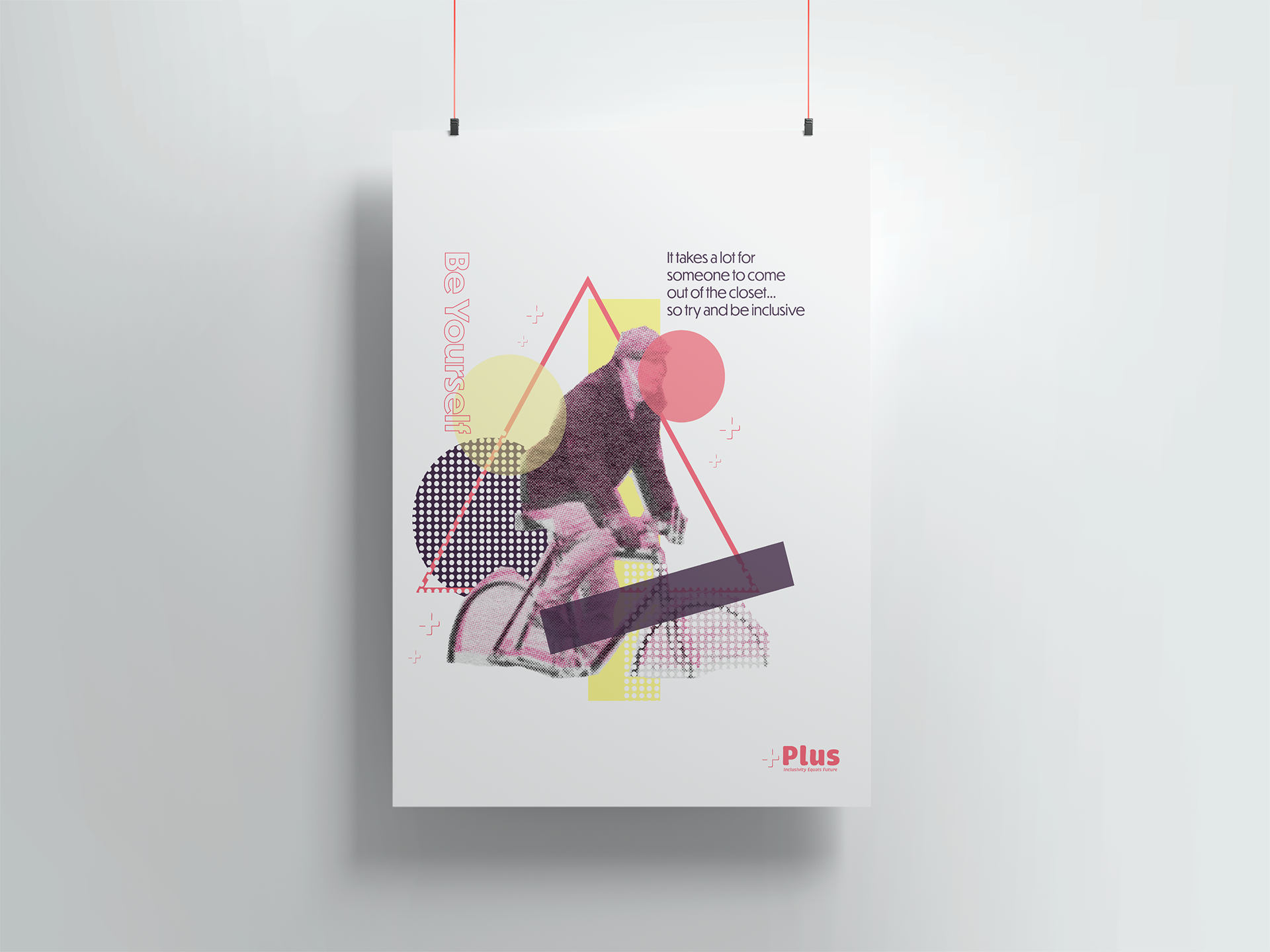 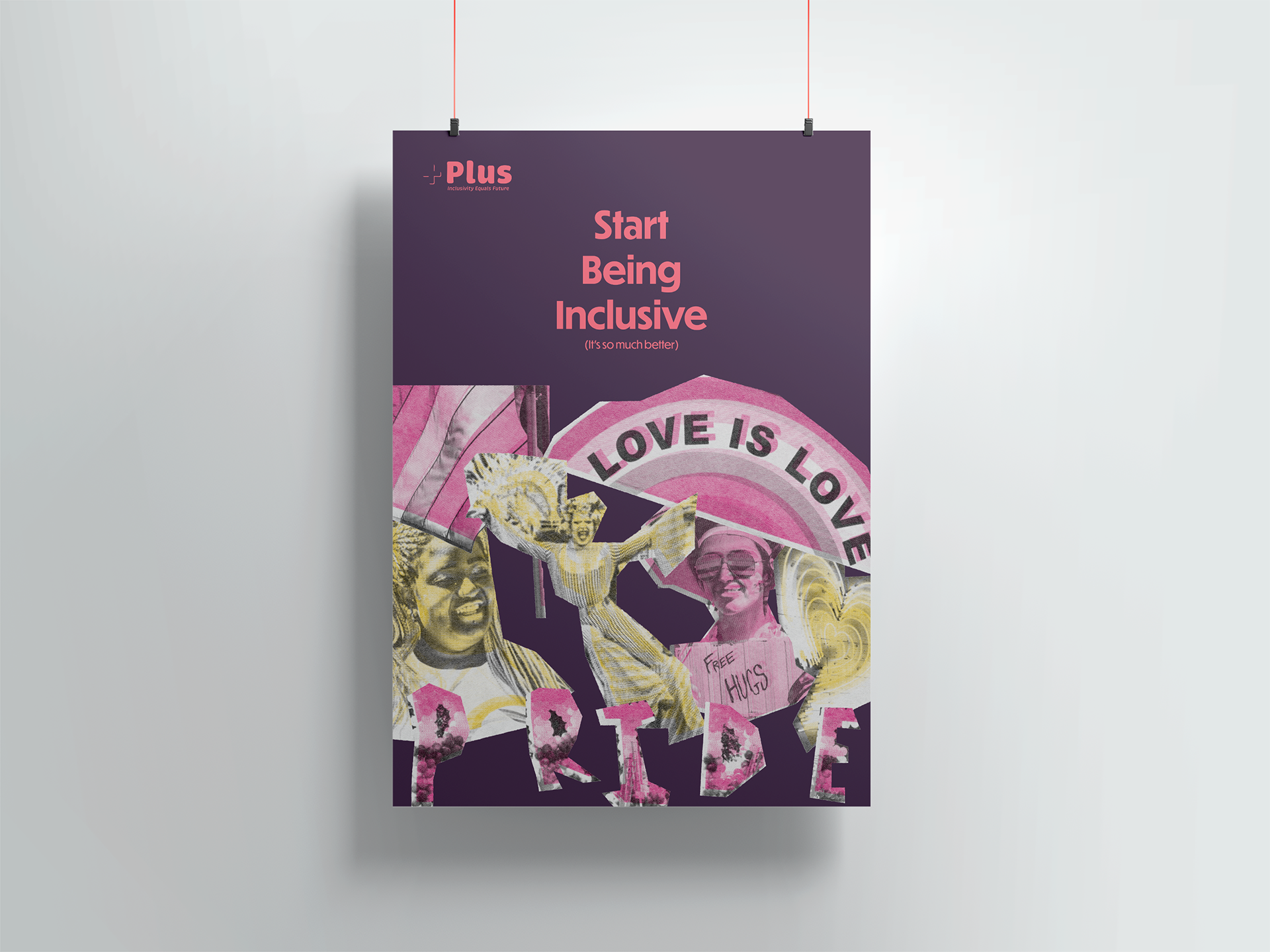 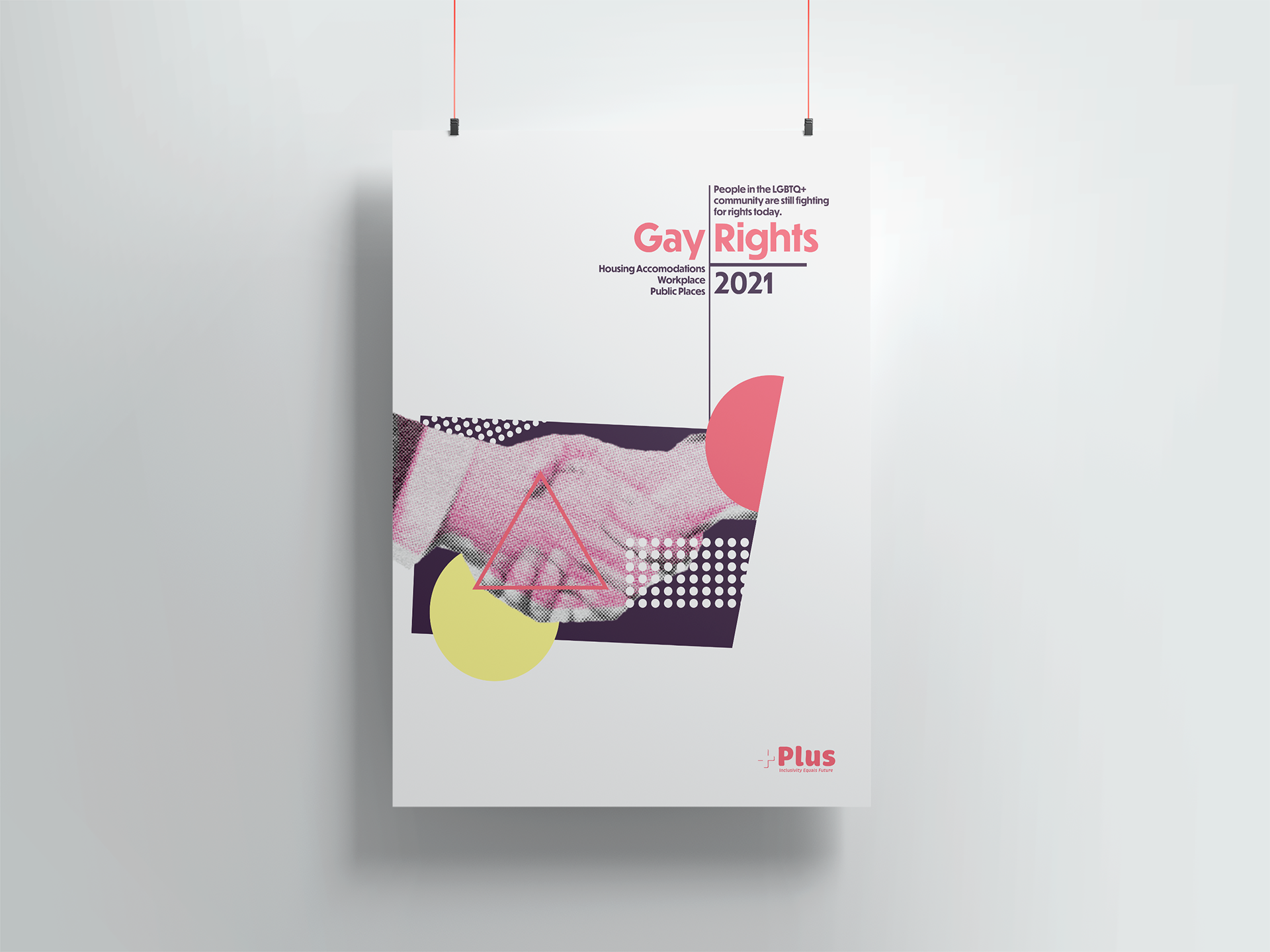 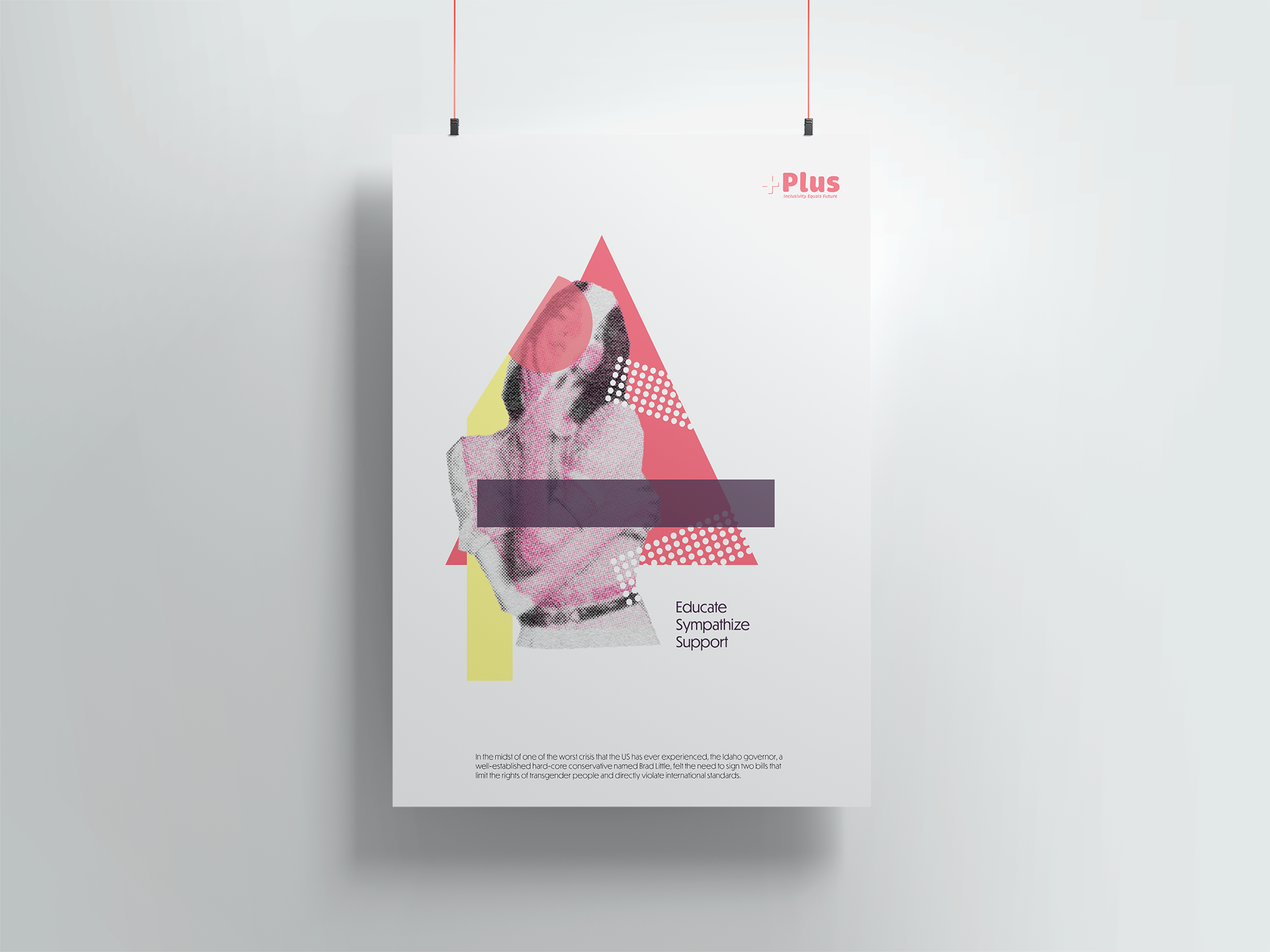 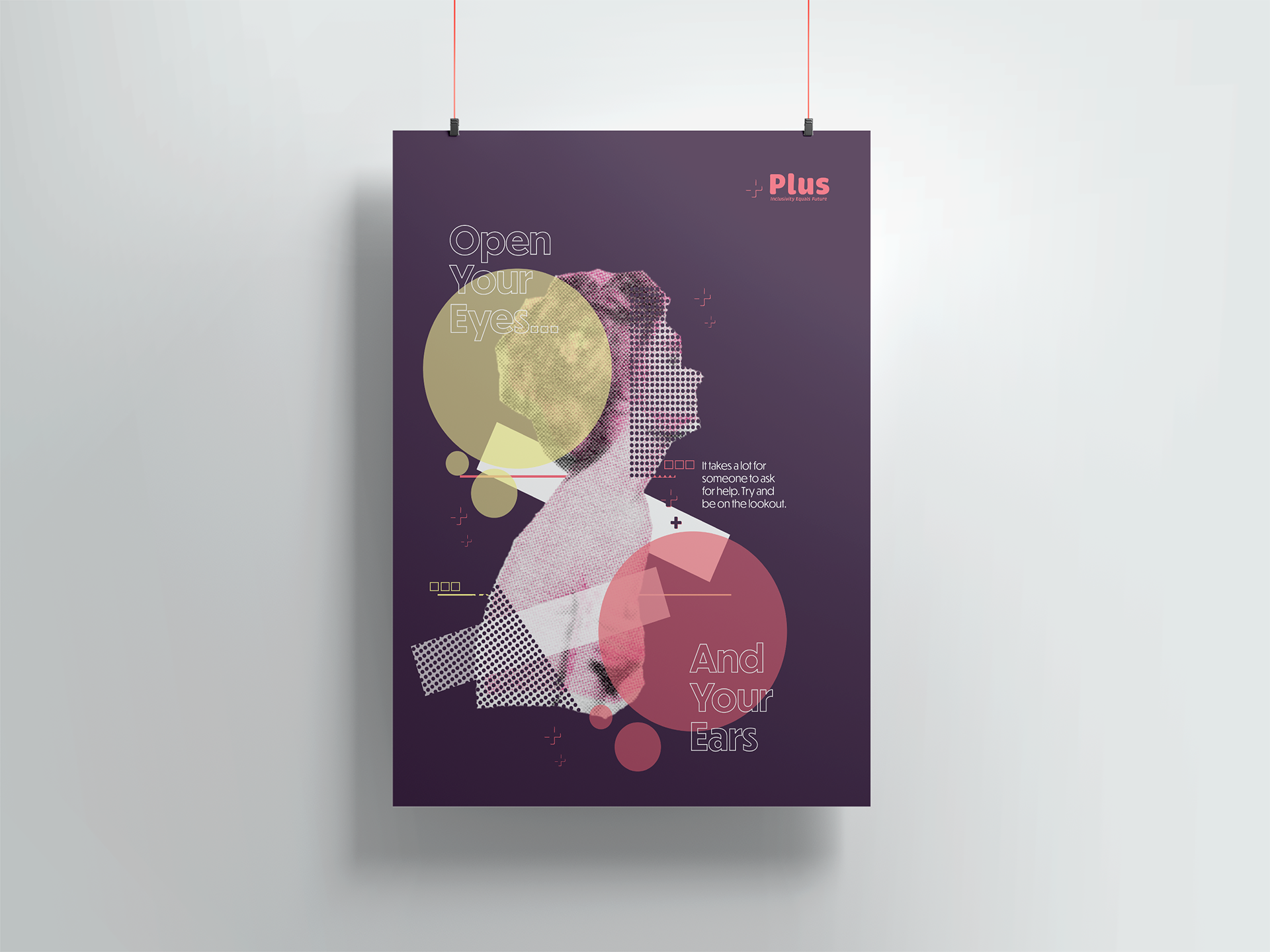 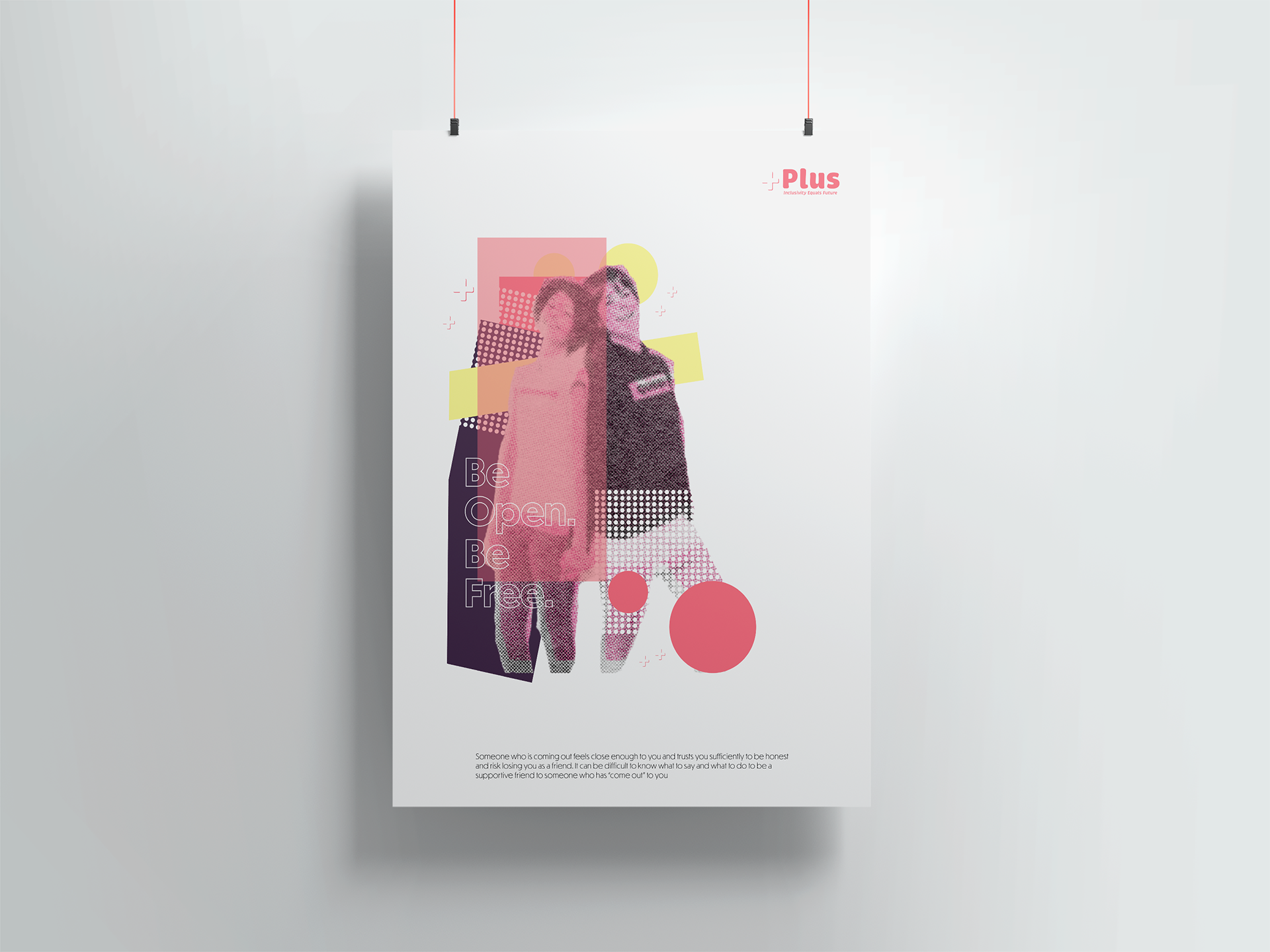 Quinlan Sullivan
Plus Inclusivity
Equals Future
instagram.com/plus.proj/
The Plus project brings awareness to the bigotry towards the LGBTQ+ community that still occurs today. Although there have been strides to equality, there is still much more progress we need to make. The Plus project will allow for people to understand the LGBTQ+ community more and urge people to become allies.

Artist/Thesis Statement
Finding a way to come out safely and on your own terms is already a hard problem for people of the LGBTQ+ community. The necessity of dealing with bigotry and ignorance is an even bigger problem. Over the years the LGBTQ+ community has been getting more recognized and accepted, but it is not nearly close to where we should be.
Plus — Inclusivity Equals Future is an educational campaign whose goal is to shed light on the LGBTQ+ community’s past and present to help pave a way for a better future. This project will also discredit the theories that the LGBTQ+ community has everything they need, which isn’t true. We see LGBTQ+ people on television, on political platforms, and on the streets so they must be fine right? No! People in the LGBTQ+ community still deal with a plethora of hate crimes and are at a disadvantage when it comes to certain rights. This project wants those who aren’t in the community to understand the things that happen/happened which might not be covered every day. Understanding and empathizing is the first step to an equal future. 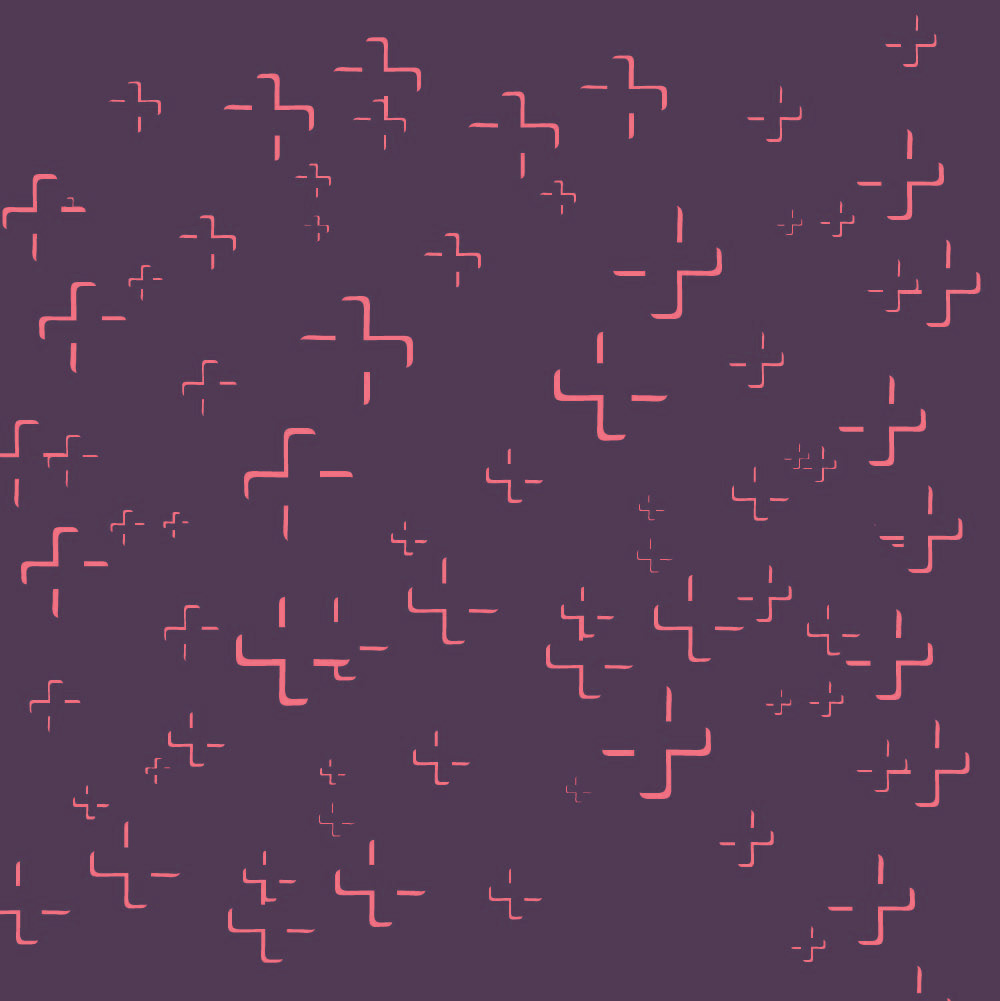 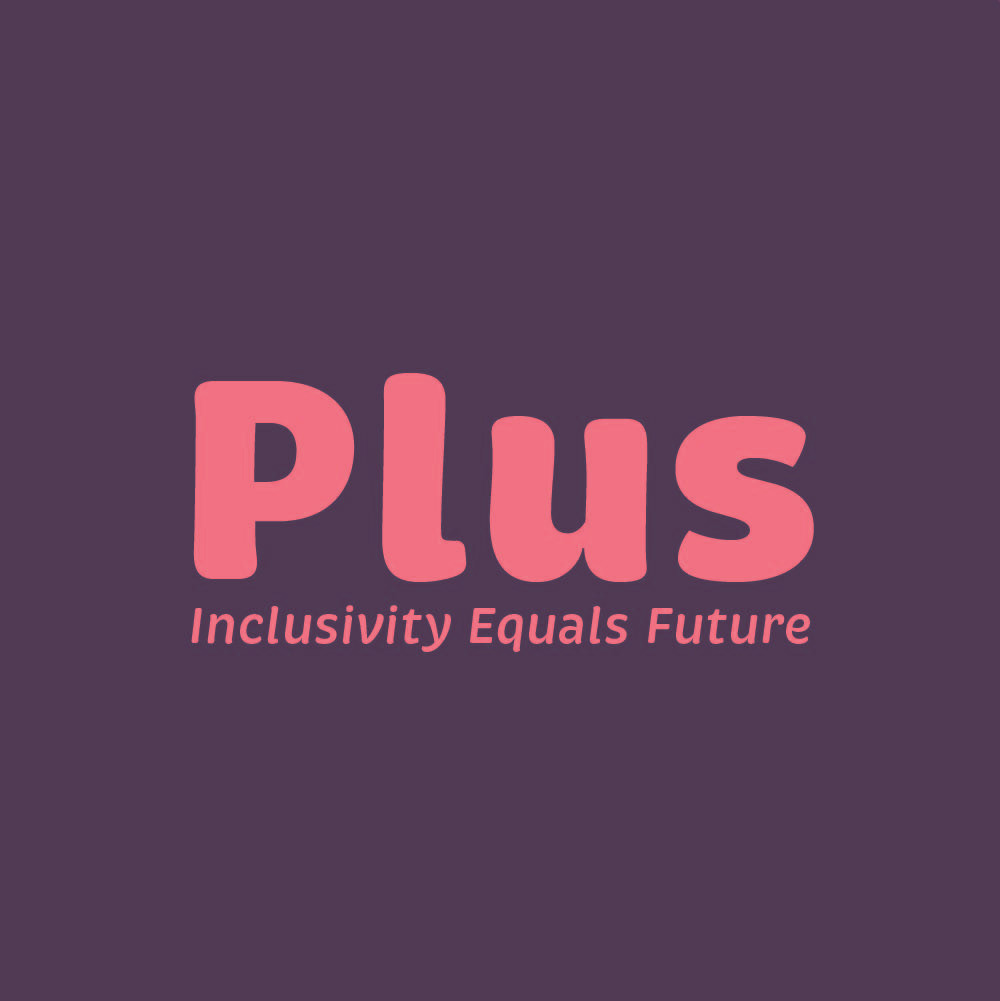 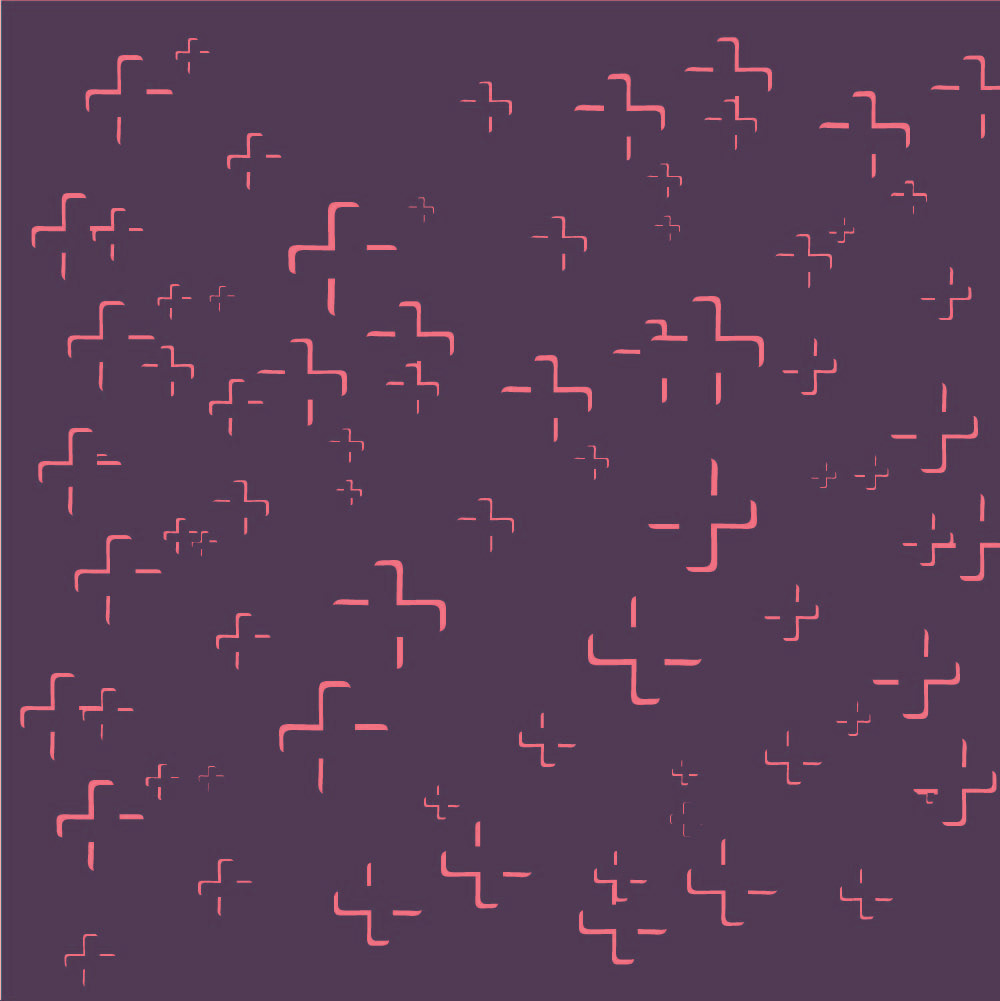 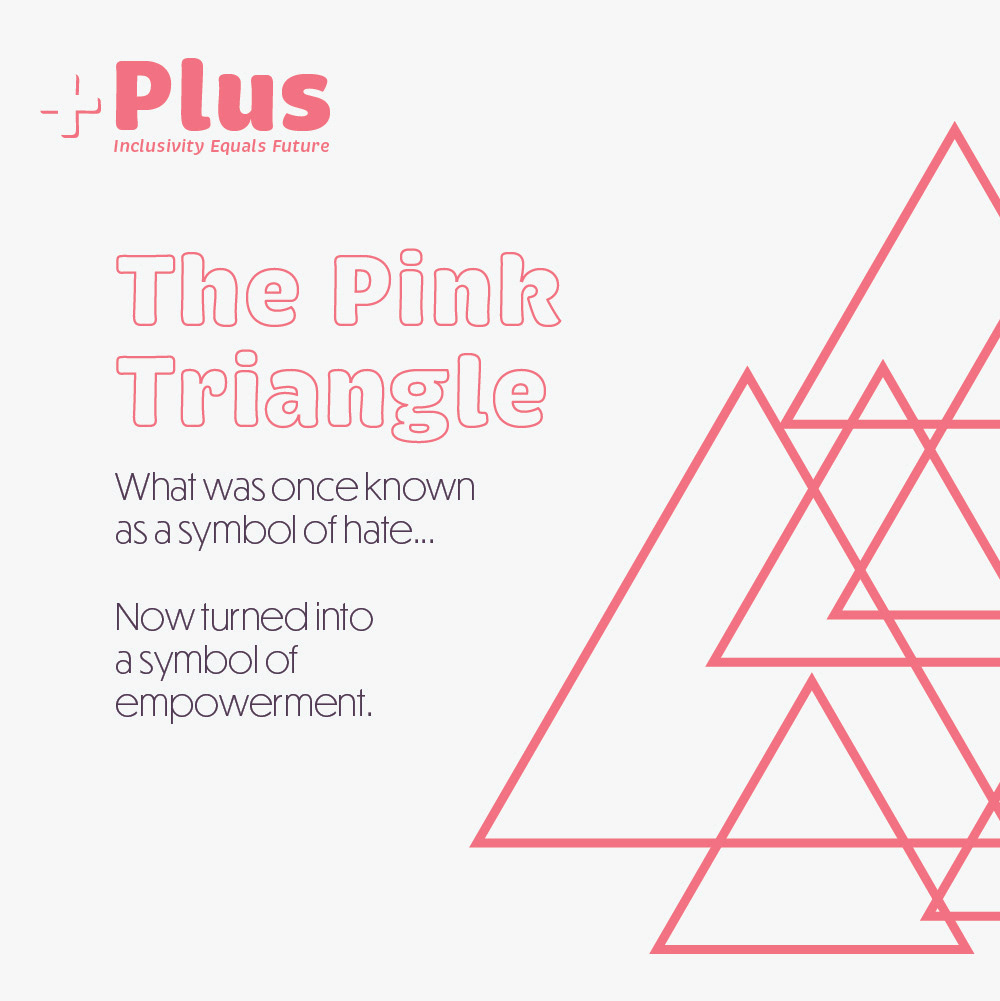 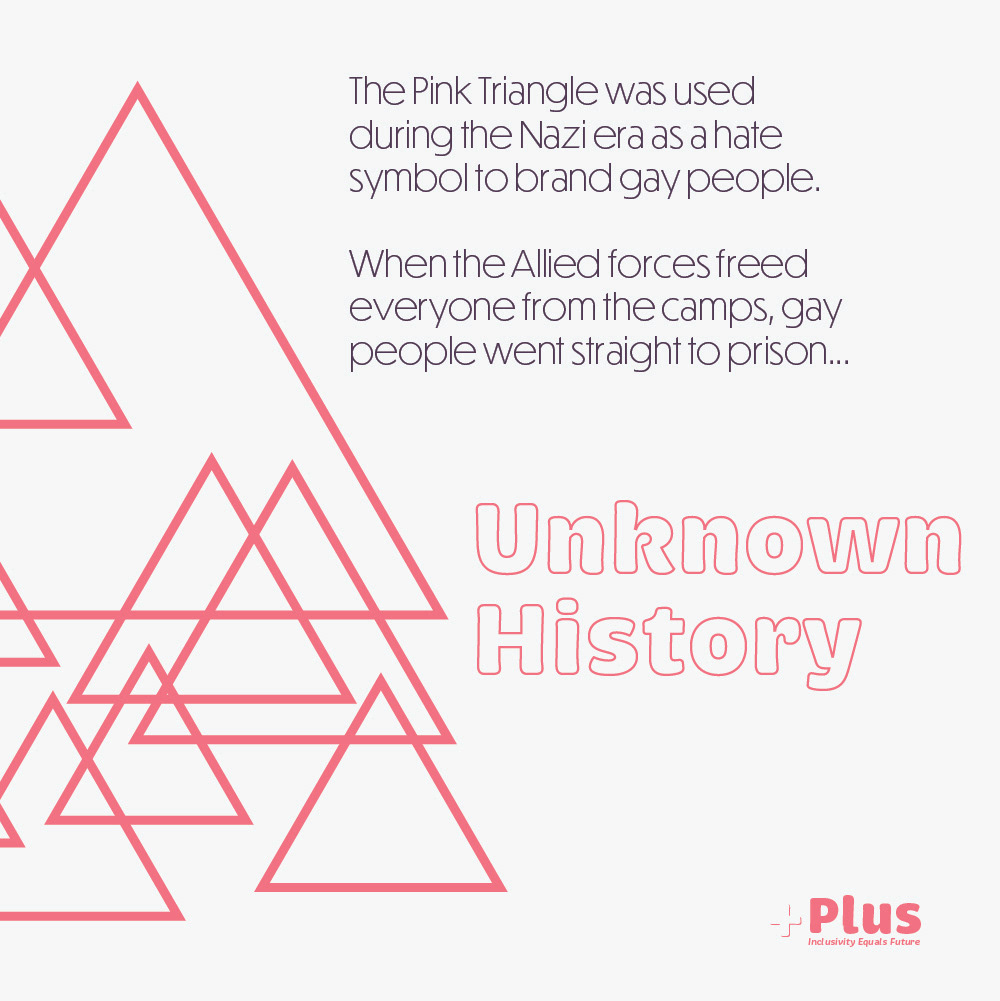 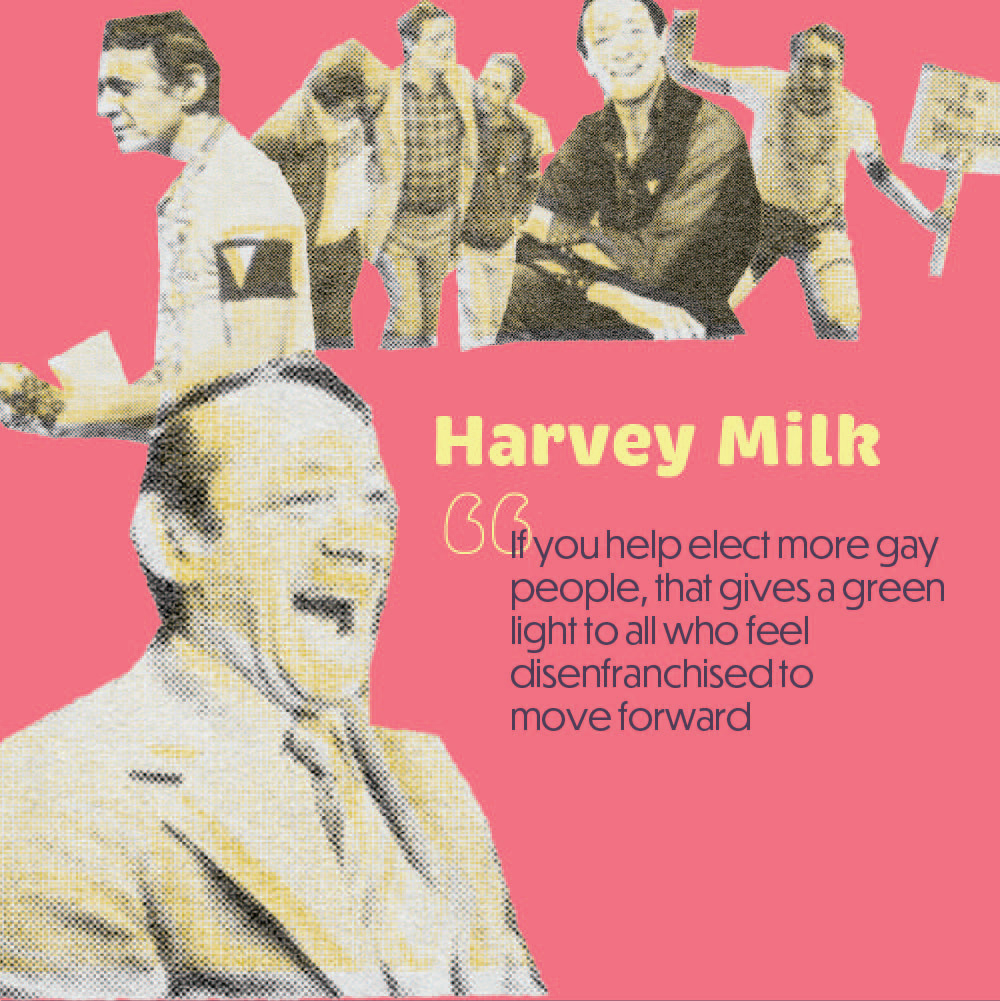 Thomas MacDougal
↑Back to Top