mlhines112.wixsite.com/madison-hines
Madison Hines
Life and Death
“Life and Death” is a short film that at its base is about opposites, balance, and acceptance. The film follows the characters Life and Death, two personified entities as they overcome their differences together and grow as individuals by accepting themselves through each other. They find their balance, a metaphor for acceptance and continue to move forward in the face of challenges. 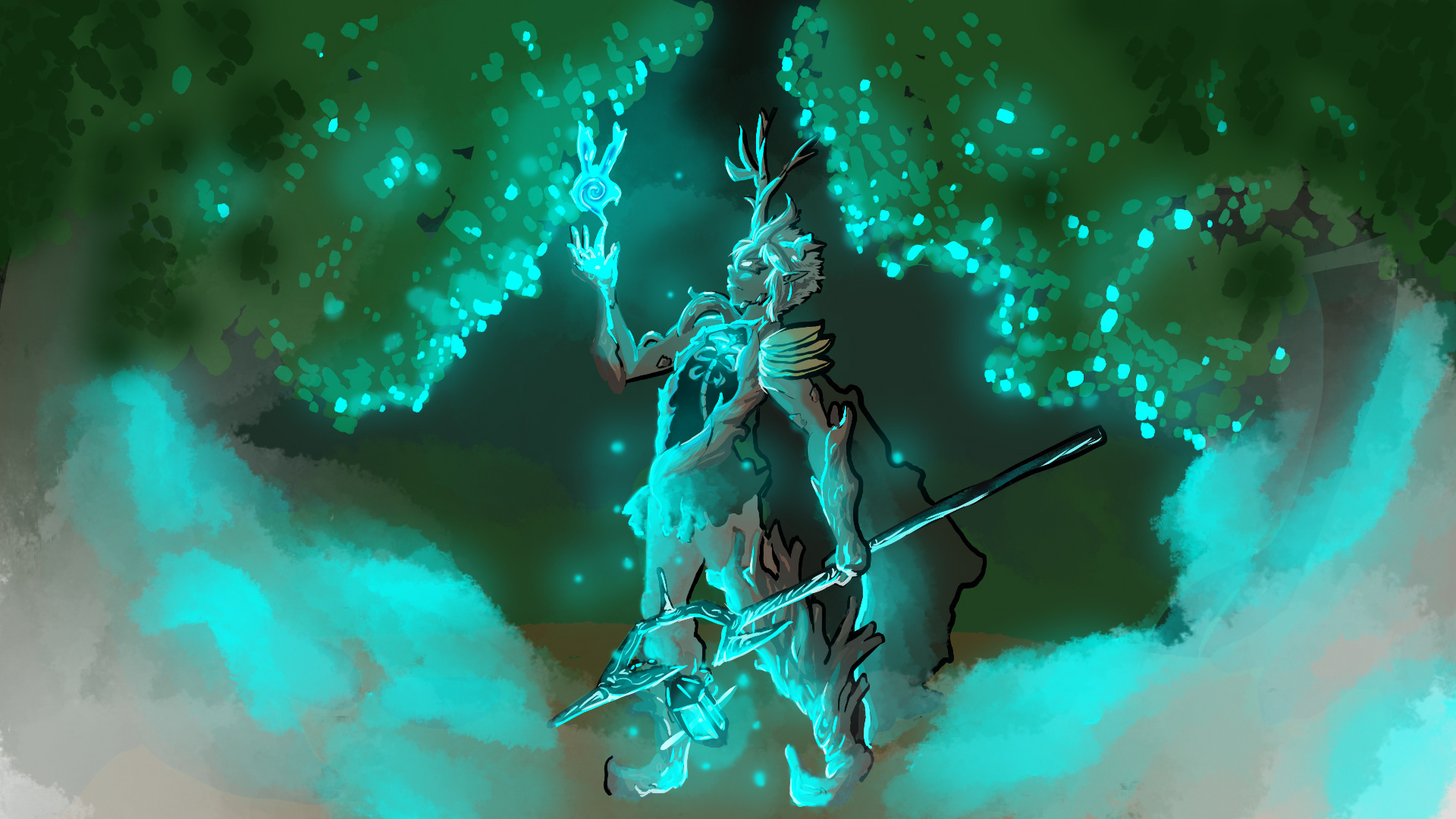 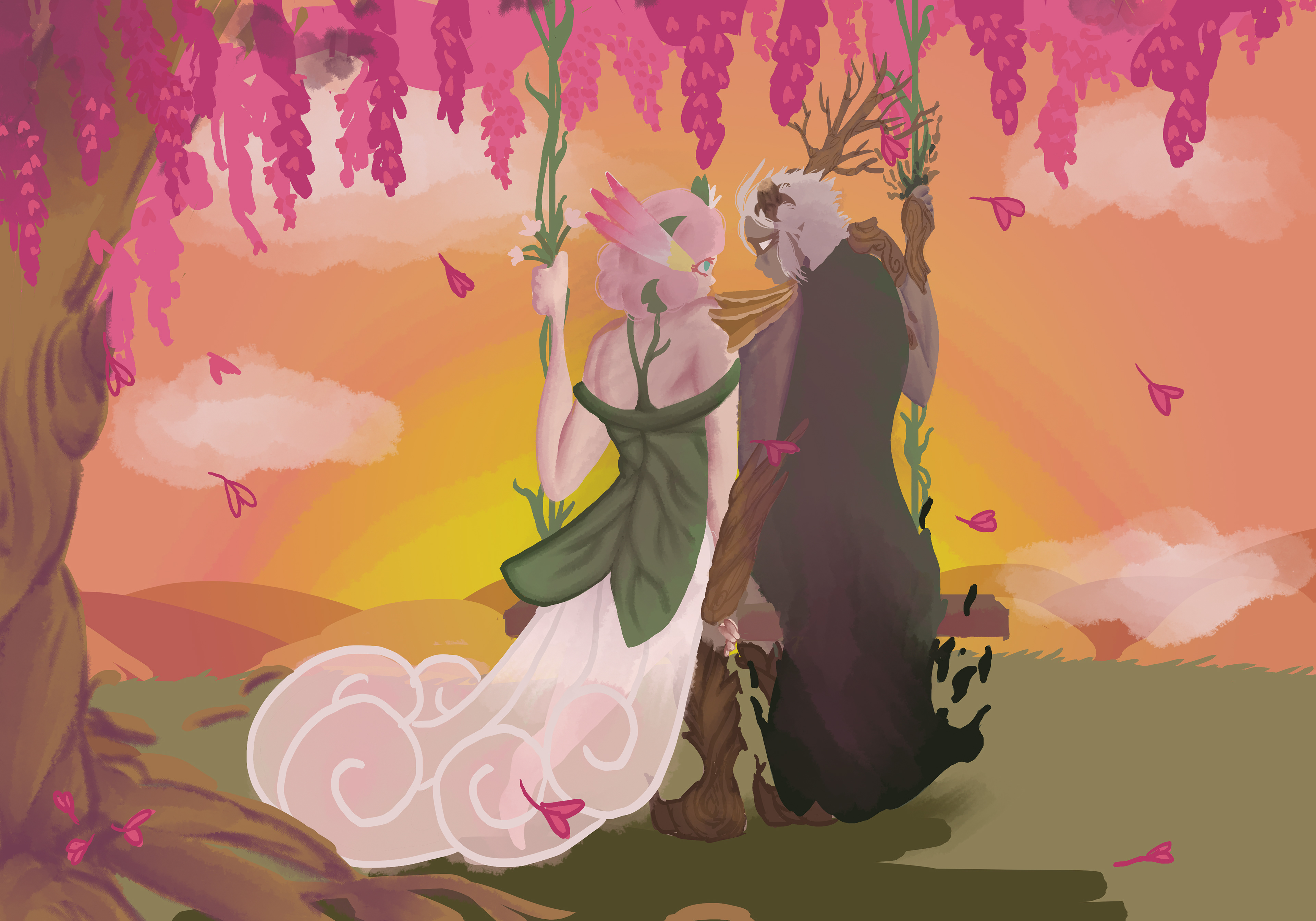 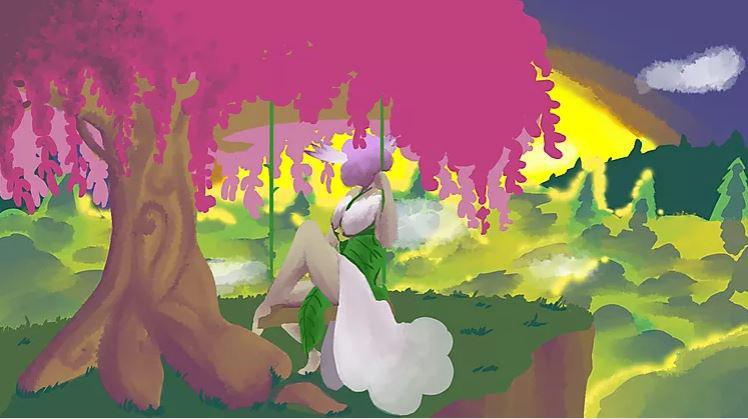 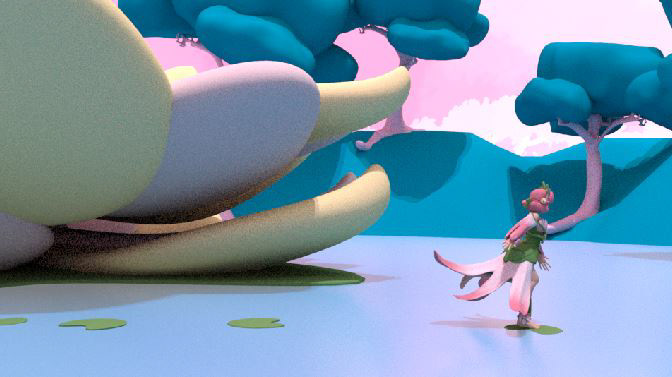 Being born at the tail end of the 90s, I have had the privilege of growing up in a time where animations have been widely varied in style and content. In my early life, I was brought up on the uncensored Disney movies, which eventually led to the works of amazing animated films from other countries like Studio Ghibli films. As I grew, I found the style changes of differing companies, studios, and countries fascinating. Animation gives us a window into the thoughts and lives of the people who made them. It’s not just an art form, It is an experience that you feel and can become part of, in cases such as videogames. Over time, I found the style that speaks to me is a mix of 3D and 2D.
The style I am using is inspired by the animation styles of Anima Studios and their work in Fire Emblem Awakening. The 3D models with 2D textures and 2D layered backgrounds created a storybook-like look that I personally find fascinating in its seamlessness. I am also largely influenced by Sony’s “Spider-Man into the Spider-Verse” for the same reason.  I am using a similar approach to “Spider-Verse” in terms of color rather than the color pallet of Awakening. I would also say that an inspiration for my projects is the use of swapping colors for mood from “JoJo’s Bizarre Adventure”, a mainly 2D animated experience with flecks of extremely textured 3D in opening scenes. Lastly the overall style I am using is a mix of 90s Japanese animation with a mix of American animated movies. This choice is because I feel that these styles are where I started and hopefully will lead to something new from the old.
My short film “Life and Death” Is mainly about opposites, since opposites in general fascinate me. Specifically, I am intrigued by how opposites can enhance and detriment one another and additionally, how they blend different walks of life. In life, people come and go, but connections are always made. People change and interact differently to environments and people and situations. My film shows how life is viewed from the perspective of two opposite characters.  One is hardened by the experiences of the world of death, while the other views each moment as a new experience, birth. The First character, “Life” has just seen the world for the first time, however when brought into contact with her opposite, “Death” she cannot comprehend the cruelness of life being taken away. Death does not want to expose Life to the sadness of his world. Somehow, these two overcome the barriers physically and mentally that keep them apart and thus find the balance that is always hidden within the chaos of opposites.

Meg Pallis
↑Back to Top