Maxwell Cowan
NONAZISM
instagram.com/no_nazism
twitter.com/NONAZISM_
NONAZISM is a campaign dedicated to combating hate and educating people against bigotry. The campaign is also dedicated to seeing how Neo Nazism aects college campuses and highlighting the positives that come out of student’s resilience.
Artist/Thesis Statement
It was in the jokes kids made to me or about it. It was on the school lockers. It was in more places than I thought. As I got older, I realized what it really was. It was antisemitism. And it was something that affected me, whether I realized it at the time or not. Growing up, I never really subscribed to one religion. My mother is Protestant, my father is Jewish, and we celebrated both. As I got older, I learned more about where my family came from, and decided to take pride in my Jewish heritage. I wanted to honor my great-grandparents who came to America to escape Nazism, only to face antisemitism here. In fact, that’s the reason my last name is Cowan, and not Cohen. When my great grandfather tried to make a way for our family here, his store was robbed, car broken into, and he was assaulted multiple times simply because of his last name and him being Jewish.
Coming to college, I never expected to hear “hey, there’s a Neo Nazi on your campus!”. Yet on June 9th, 2021, an article was sent to me about NSC-131, a Neo Nazi group here in Massachusetts. This news piece discusses comments made by members of this group on an Australian Neo Nazi podcast. One of these members was (is?) a student at UMass Lowell. The day after, I reached out to UML faculty, making them aware of the situation and asking them to take action to protect the student body. Following this, I worked with various students and student groups to bring awareness to the campus community about this Neo Nazi student. We met with various faculty and administration to try and get the University to take action. These experiences helped inspire NONAZISM, a campaign focused on stopping hate and educating people against bigotry. The campaign is dedicated to seeing how Neo Nazis act on college campuses, and also aims to highlight the positives that come out of students’ resilience.
Neo Nazism is still very much a problem today. Although people often do not realize it, Neo Nazis are all over the country. While they spread their hatred, we have to do what we can to prevent it. The way I see it, the solution is education and coming together as a community to stand against intolerance. While news was breaking to the student body about the Neo Nazi, our community came together to support one another and made it clear that we would not stand for this hatred on our campus. It’s not easy to talk about antisemitism. It’s not fun to talk about antisemitism. But these conversations need to be had, or else people will never learn why this bigotry should not happen. As Winston Churchill once said “Those that fail to learn from history are doomed to repeat it”. And if we do not learn, we will not know when to stand up to hatred and intolerance 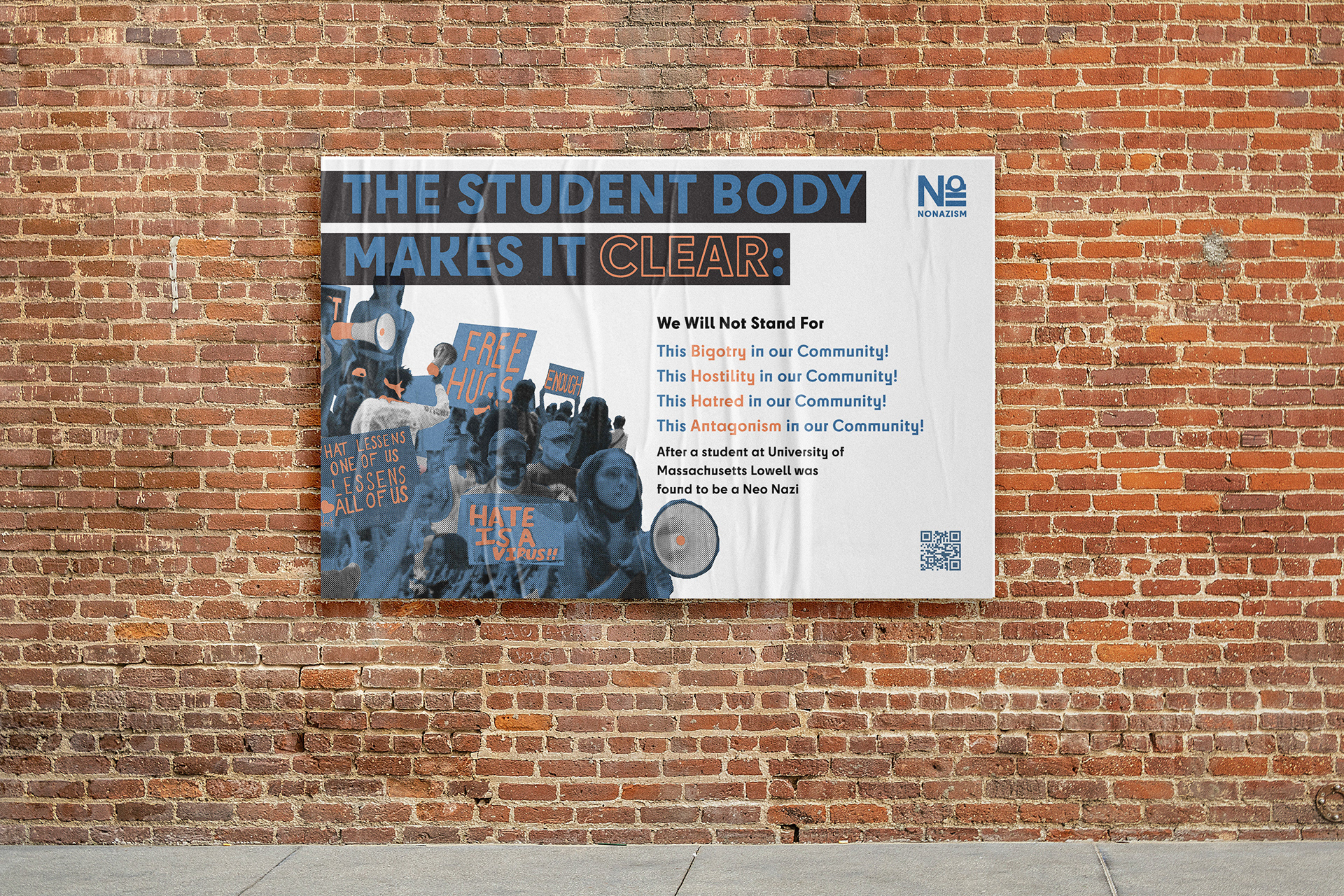 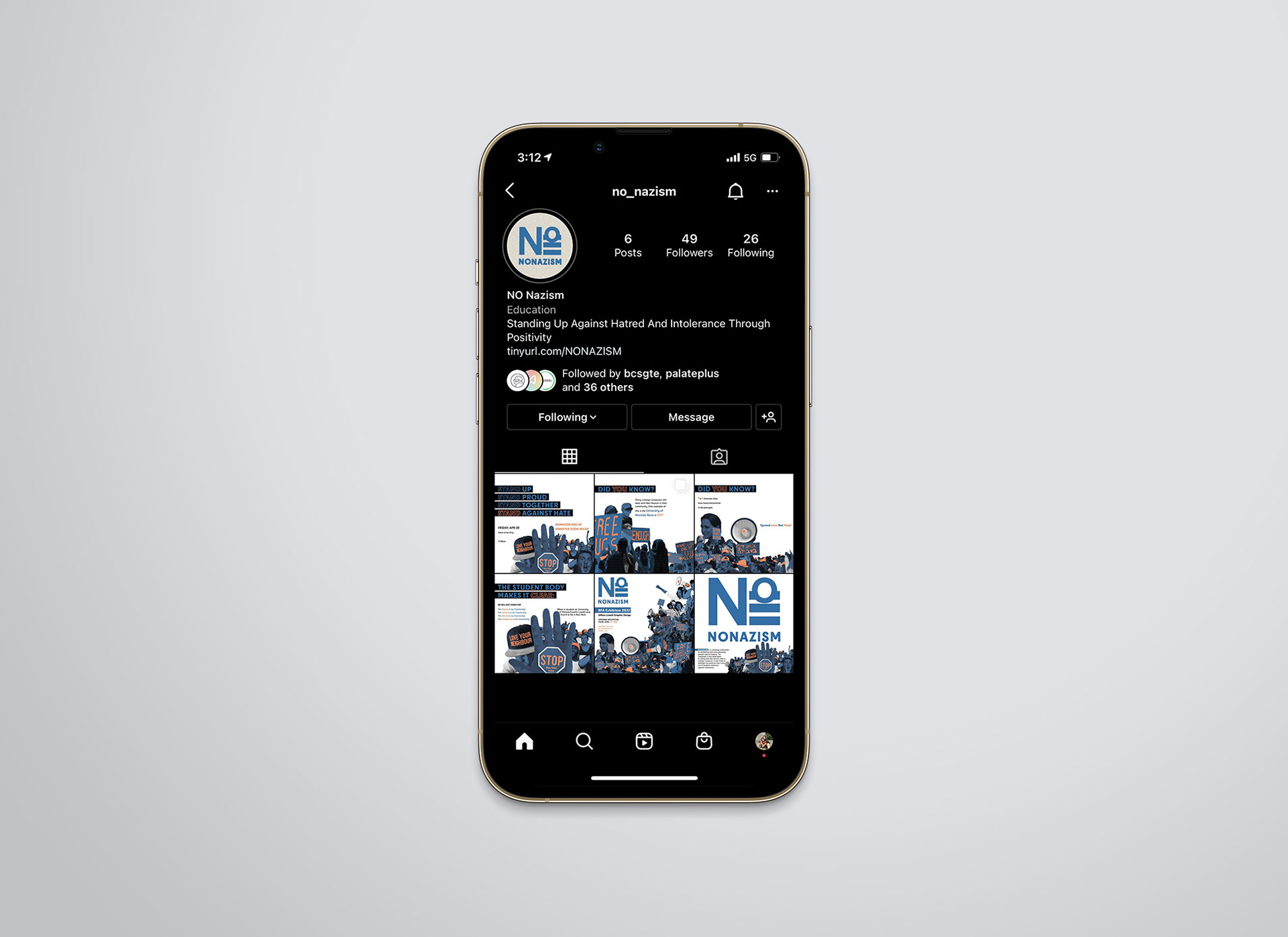 Lexi Rosenbaum
↑Back to Top