sgalevi.wixsite.com/portfolio
Sarah Galevi
Freestyle
This 2D animation short film features a variety of characters dancing in a club atmosphere. The characters come in different shapes, sizes, and art styles, reflected in their individual style of dancing. This is a place where they can leave their worries behind and gather in a space where everyone is accepted. I designed this piece to remind us of togetherness and joy during a time of unprecedented isolation. 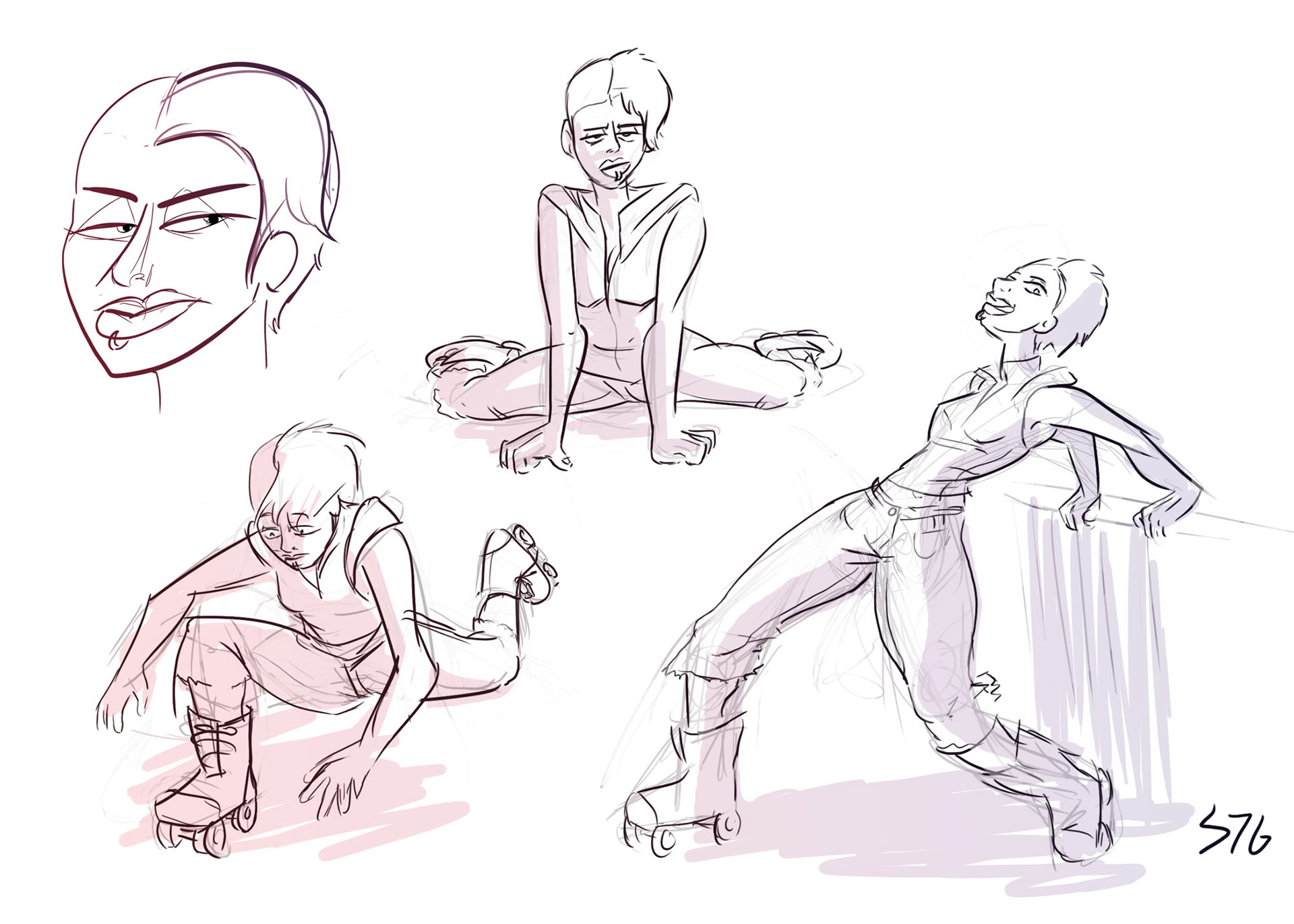 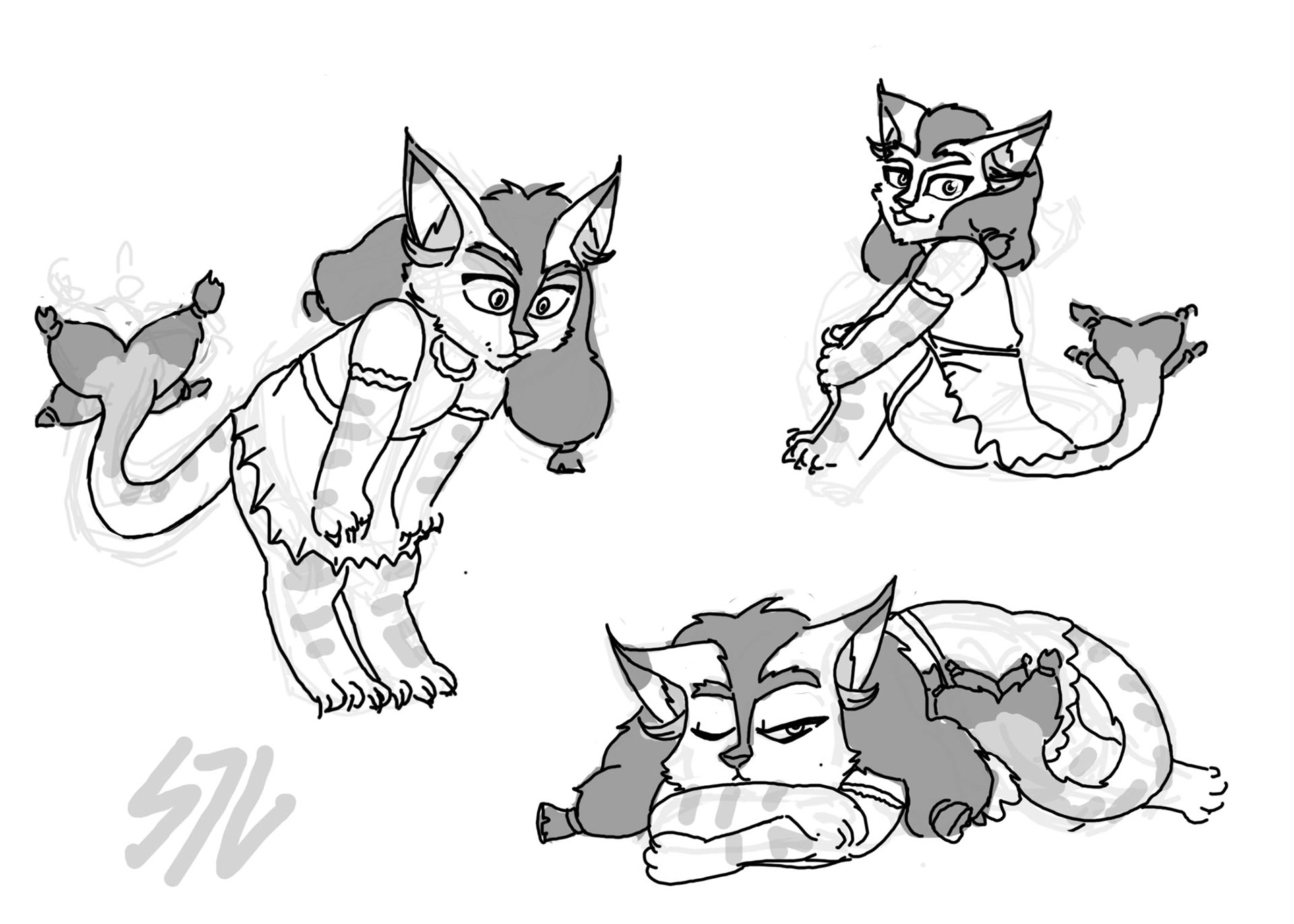 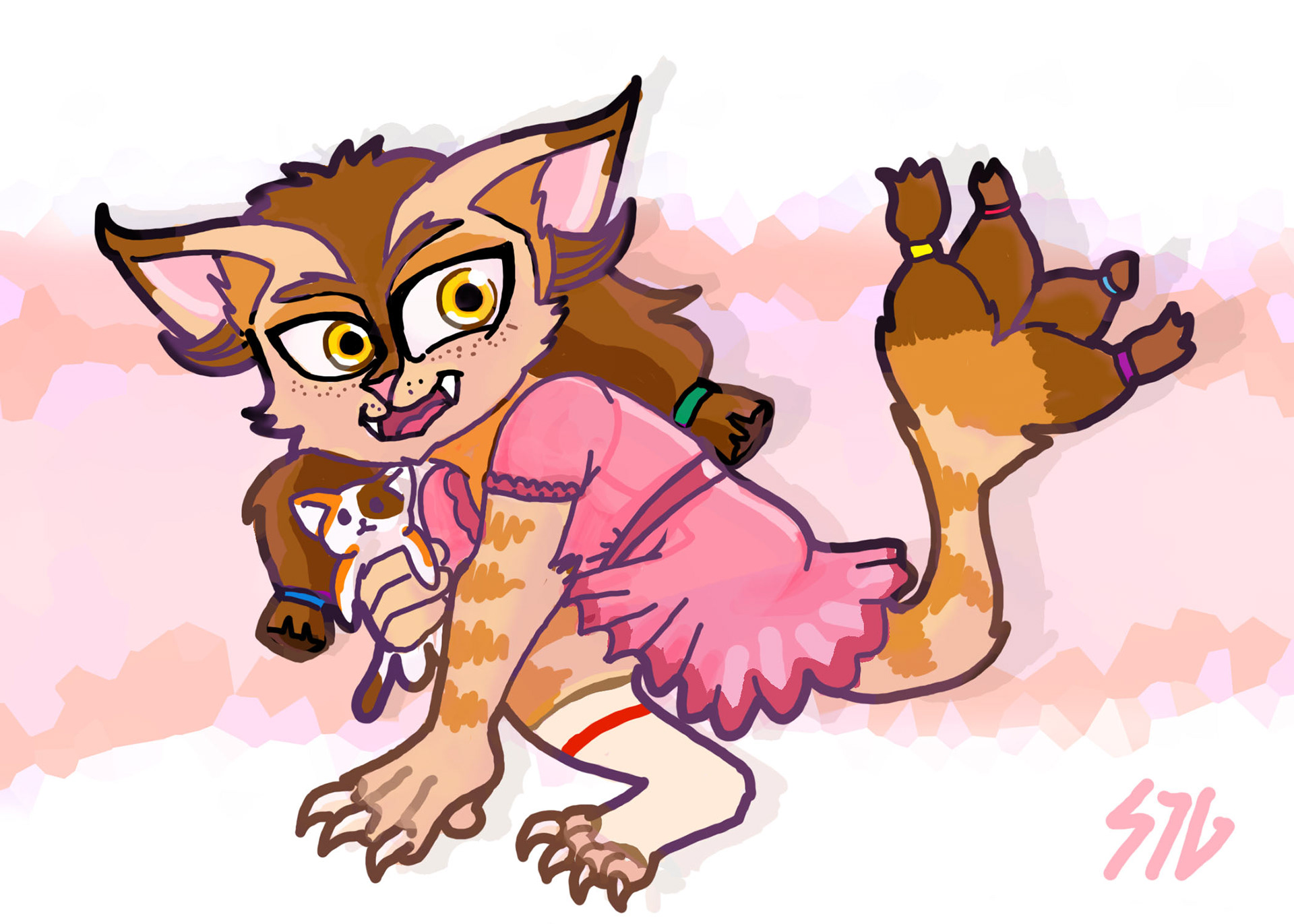 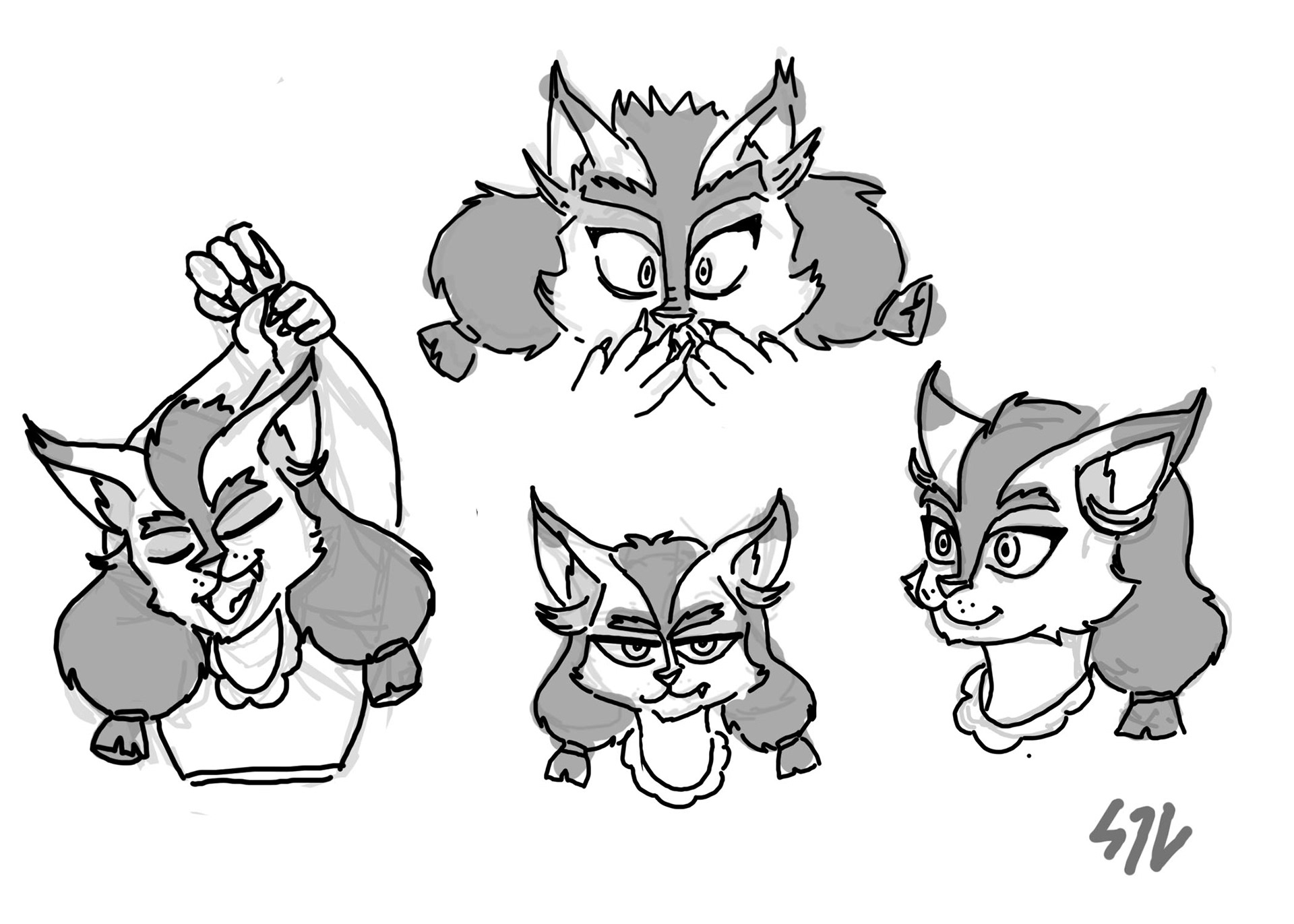 Artist/Thesis Statement
I used to work at an amusement park during Halloween as a monster actor. At the end of each night the monsters would dance with the park guests at an outdoor rave. The monsters gathered together after a long night of scaring, and the guests gathered after a night of being scared. This is where we could show people that we are just like them, united by dance. It felt absolutely animated, just like the dance montages at the end of movies like Shrek and Hotel Transylvania.
In “Freestyle” I recreated  the feelings from those nights through my animation. In fact, one of the characters in this animation - “Crazy Susan”, a Psych ward escapee - is taken directly from my character at the park. Other characters have been molded out of archetypes and evolved before Senior Studio -- Piff Wiggles is taken from an improv drawing exercise from years before.
This project has been a bootcamp in Character Design and Animation, which I strive to be better at. I enjoy figure drawing and I want to push myself to create varying characters that exude personality, brought alive through fluid animation. On top of everything, I want to capture feelings visually. They show what words often can’t. In this case, I hope that the spontaneousness of the movements in this animation bring joy to the viewer.

Mathew Houston
↑Back to Top