elehk99.wixsite.com/mysite
Spencer Fournier
The Order of Sol
“The Order of Sol” is a project that I’ve been working on in some shape or form for the past eight years, now taking the form of a concept art book. The book focuses on updating my character designs through model sheets, expanding upon the world through conceptual write-ups, and creating new concept art to explore the story even further. 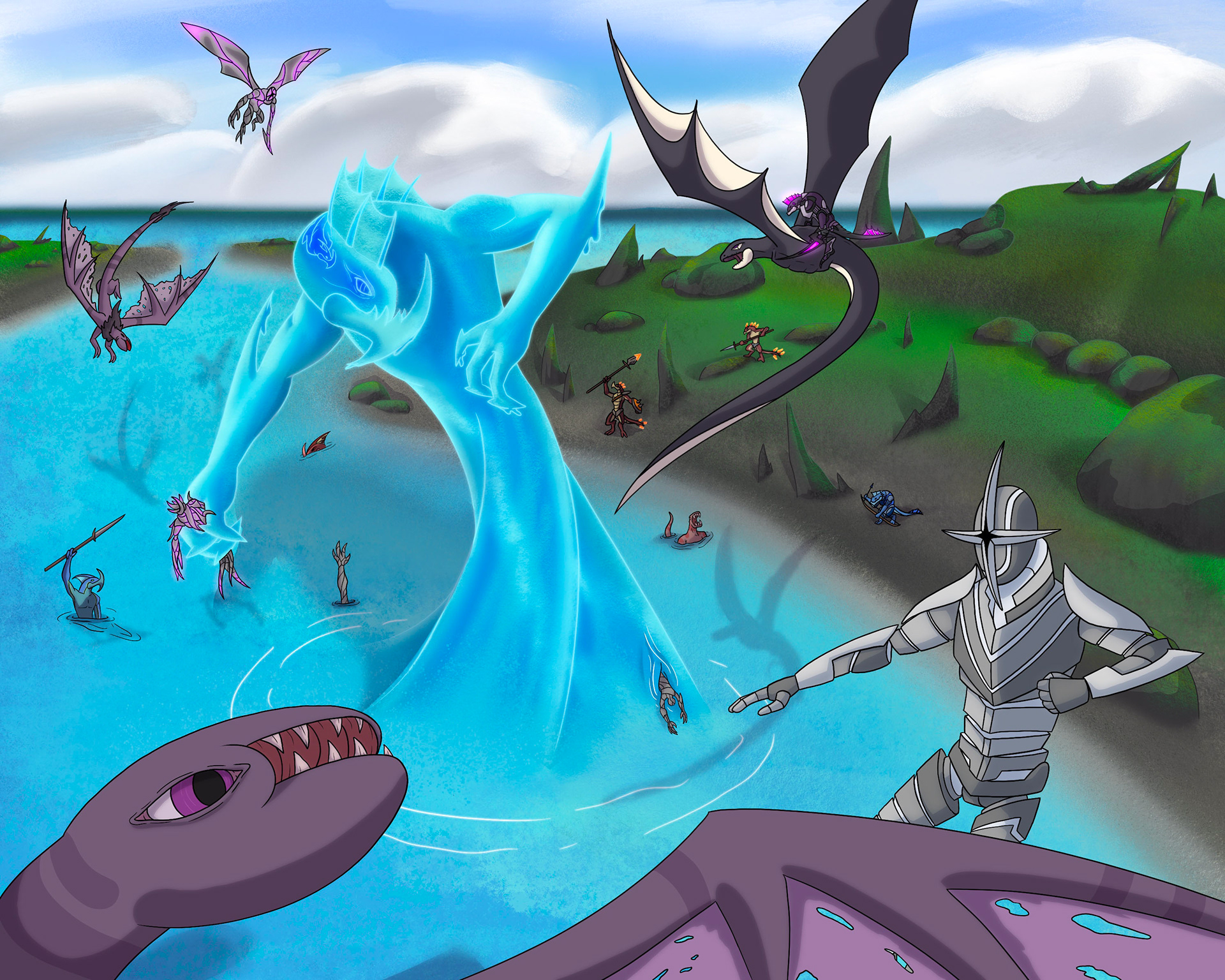 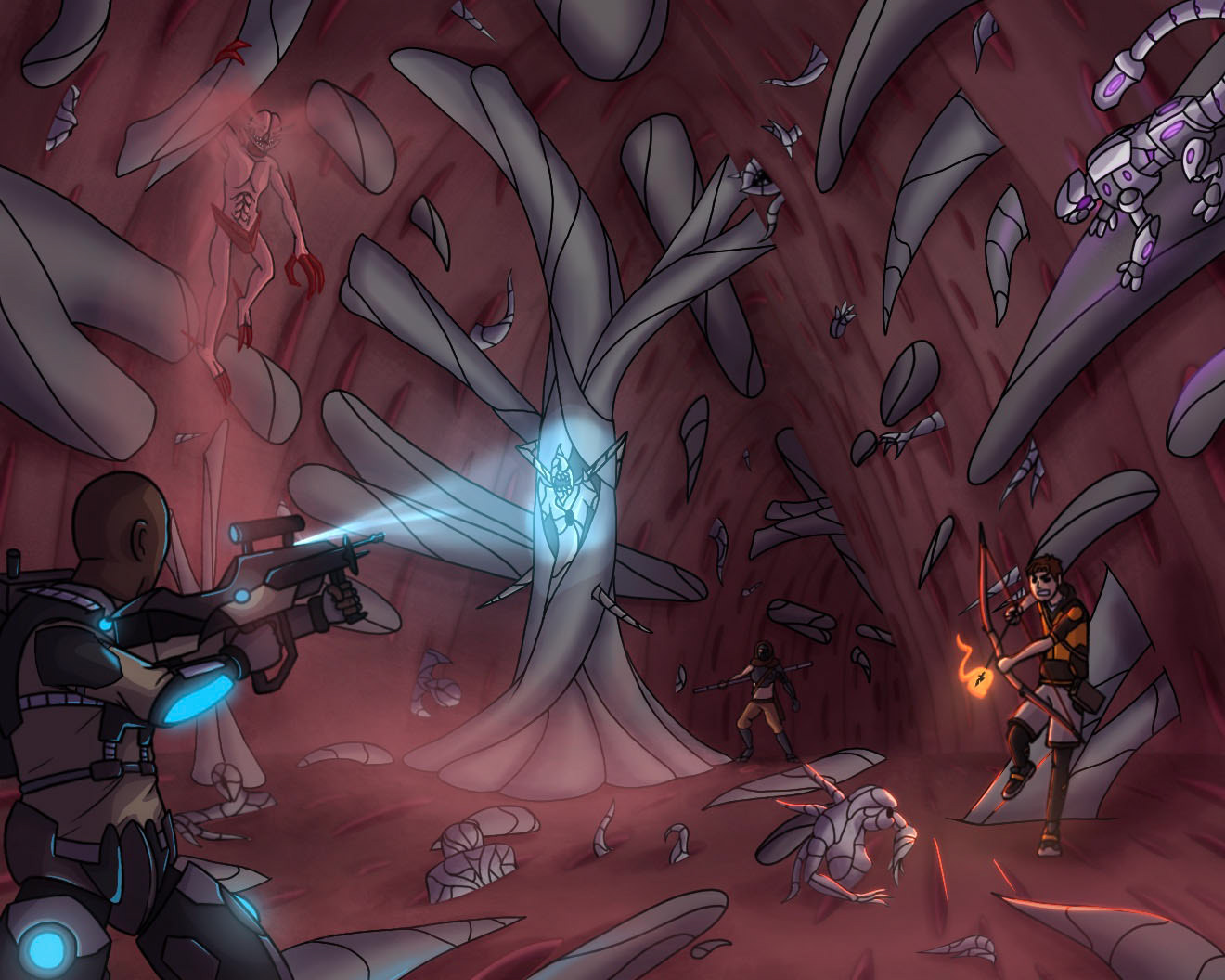 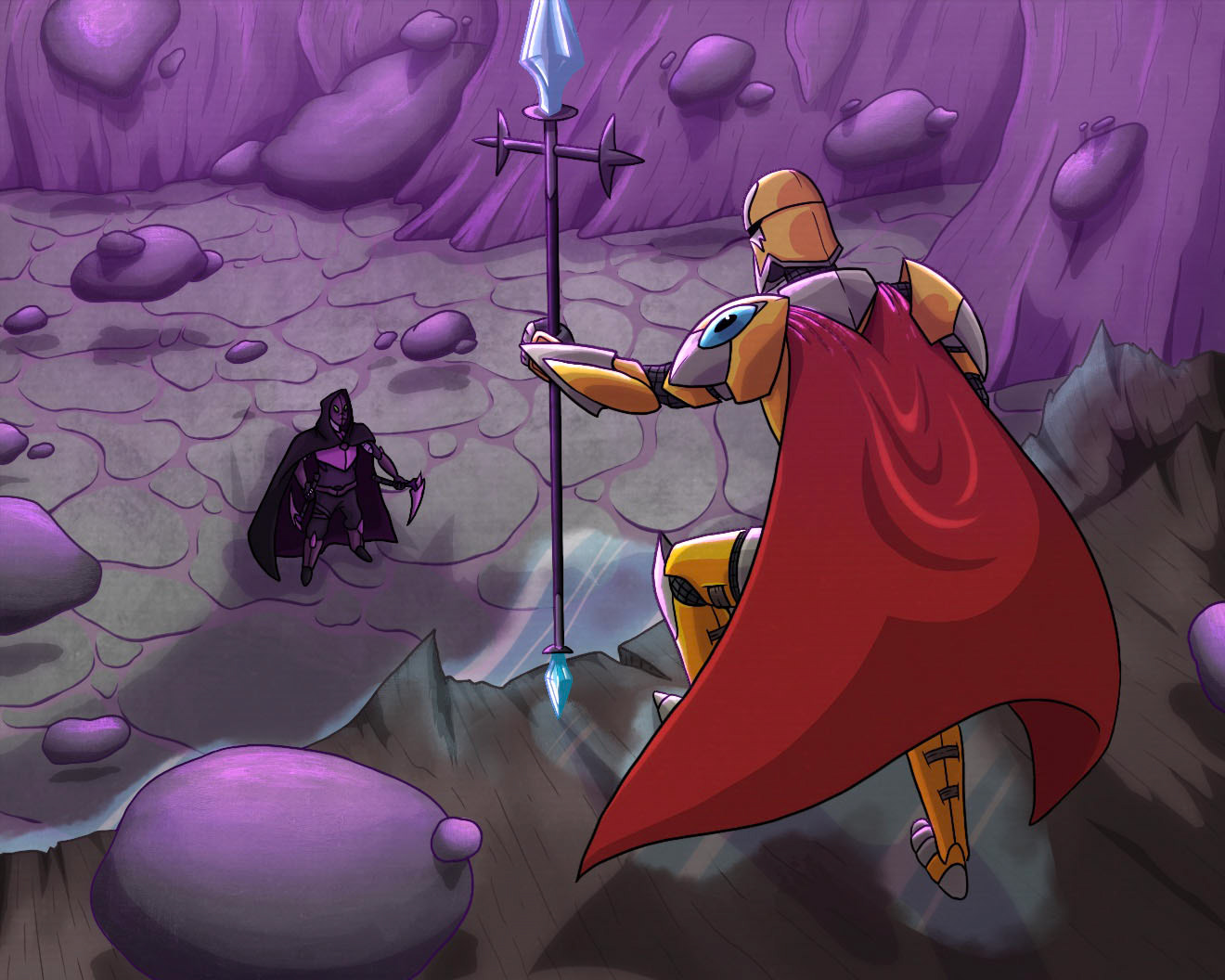 Artist/Thesis Statement
Growing up, cartoons and animated shows had a huge influence on me. Watching characters come to life on screen and seeing how impactful their stories could be really moved me. As I grew up, this translated into a love of character design and narrative storytelling. I used to draw one-off characters based on existing shows as a kid, and this spawned a passion in me. I love the stories and worlds that can be born from one’s mind, and I really enjoy seeing what it says about the artist. I believe the characters we create always reflect some aspect of who we are.
A theme often present in my work is that of the phoenix, or fire. As someone who often struggled with depression and self worth, I came to appreciate the concept of the phoenix. The idea that this creature can only come into life after great strife was very appealing to me, and it’s a symbol I still love to this day. Fire itself has a beautiful duality, capable of both doing great destruction and providing life.While a few of my characters relate to these themes, Jack Fletcher is most directly based on it. His elemental ability of fire is one passed down through his family, awakening in him just in time to be drafted into the Order. He is the youngest on the team, and the son of their leader, Blake. Jack now deals with a significant amount of pressure, being far too inexperienced for the conflict, and has to learn how to master this legendary ability in the heat of it all.
These themes are directly related to “The Order of Sol,” an original story that focuses on an ensemble cast of heroes and villains. I decided to spend this past year truly hammering out the details of this world, focusing on updating my characters and solidifying important concepts. While I have been working on the cosmology of The Order for years, I’ve never truly had the time to give it this much attention. With this project I am creating the foundations for a story I wish to tell through comics or animation. I am creating a companion guide in the form of a book, something to aid in telling the story and to give readers an insight into my world. This project is the pursuit of finally doing these characters justice and turning their world into something real and tangible. to something real and tangible. 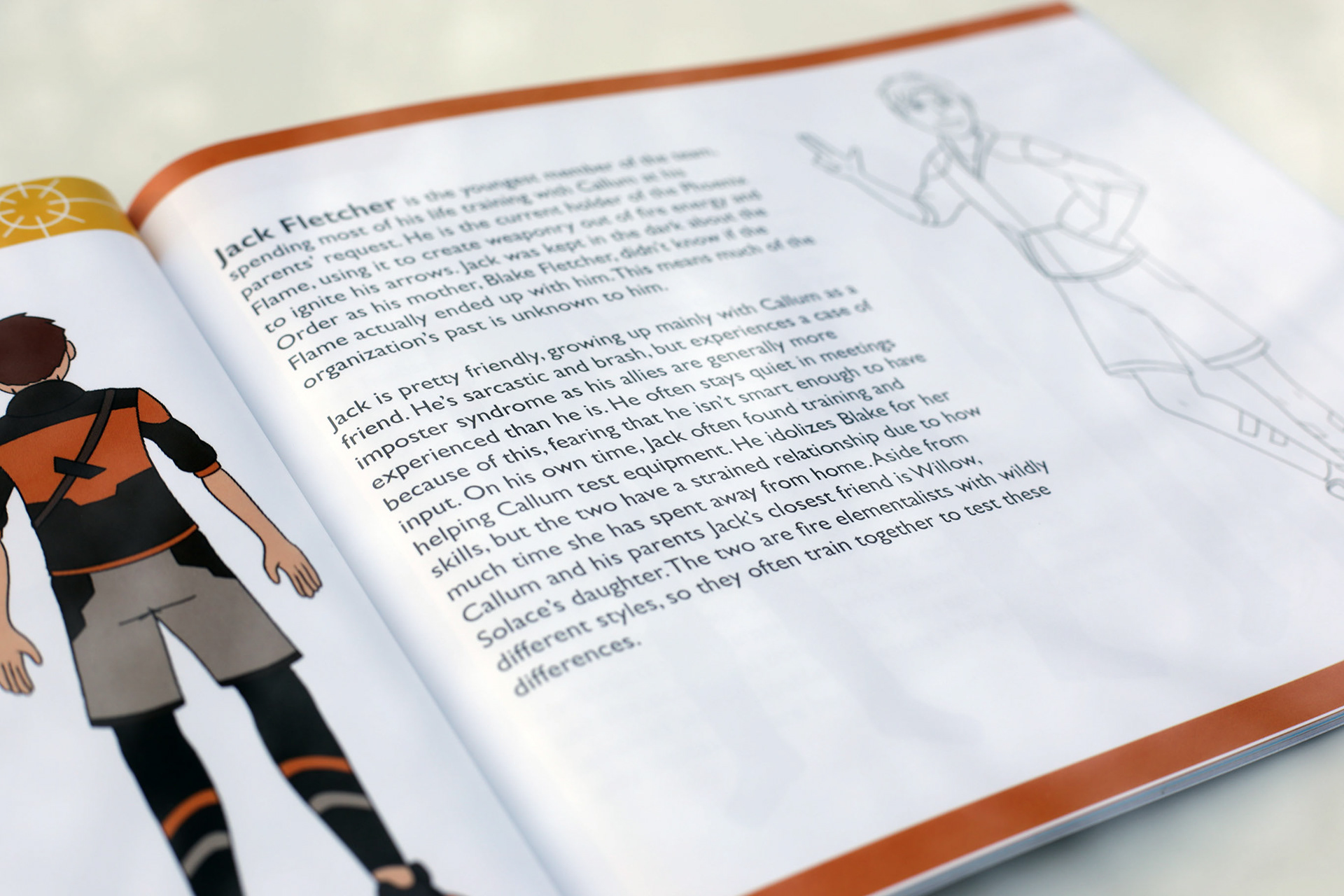 Tyler Selfridge
↑Back to Top